The only thing I love more than being in my kitchen is getting swept up in the magic of someone else’s cooking experience. A few months ago, I got to watch Chef Liliana Kneuer make magic in her beautiful kitchen in Victor.

This article was originally featured in the April edition of RWO. Photography by Brandon Vick.

When I found myself sopping up the jewel-toned, spicy remnants of a mussels marinere broth with chorizo, I was surprised to hear the click of a camera. I looked up, mouth half full of broth-sogged crust and saw Brandon, our photographer, looking at me quizzically.

I laughed, admitting that I did not remember where I was for a moment. After all, a four-course French dinner is not your typical Wednesday night fare in Western New York – particularly in a home kitchen.  Looking around me, I remembered once more that I was in the kitchen of a new friend and culinary master, and that I was not, in fact, in some Provencal cottage in the twilight hours.

`The kitchen in question belongs to Liliana Kneuer, a petite, radiant woman with dark hair and an unctuous Romanian accent. Dancing around her kitchen, she doesn’t miss a beat. She swipes garlic tenderly on crusty baguette faces, and gracefully careens, pan in hand, sliding the bread seamlessly into her cherry-red convection oven. When she plates the vichyssoise, a decadent but somehow light leek and potato soup, the glossy, thick soup falls perfectly into place, as if commanded by a force higher than the flick of her wrist. It is not surprising that she moves around the kitchen, her own personal dojo, with such ease and refinement. From France to Los Angeles, Liliana has studied at a number of renowned culinary institutions. Most recently, the chef spent a summer in Lyon France, where she received a graduation certificate from the prestigious Institut Paul Bocuse. This six-week course is only open to ten students per year and is considered a serious honor in the culinary world.

This was only the culmination of her studies in France. Liliana has also trained in Provence, alongside the renowned Patricia Wells, hunting black truffles. And this, for me, is not just a defining marker of Liliana’s cuisine, but of her personality. She’s a woman that prefers black truffles to diamonds and doesn’t seem daunted as she moves from dish to dish, plating this, stirring that, all while managing to keep my wine glass extremely full. But even before beginning her culinary career, food has always been part of Liliana’s life. Growing up in Communist Romania, Liliana spent her childhood by her grandmother’s side, using what was in their garden and in season to feed their family. Only ten years prior, Liliana was a wine rep for Southern Wine and Spirits, traveling the country sharing her expertise and passion for wine.

Chef Liliana’s expertise and finesse is so palpable and infectious, it’s no wonder her cooking classes are almost always sold out. Through her private culinary classes, L’atelier de la Chef, Liliana invites groups into her home and travels to her students’ homes to teach specialty cooking classes. While you may learn some important fundamentals, her classes perfectly demonstrate the full scale of her knowledge and finesse. On any given night, students might make a filet mignon with black truffles, a perfectly crusted crème brulee, and the most decadent scallops with a cauliflower puree that you’ve ever tasted. 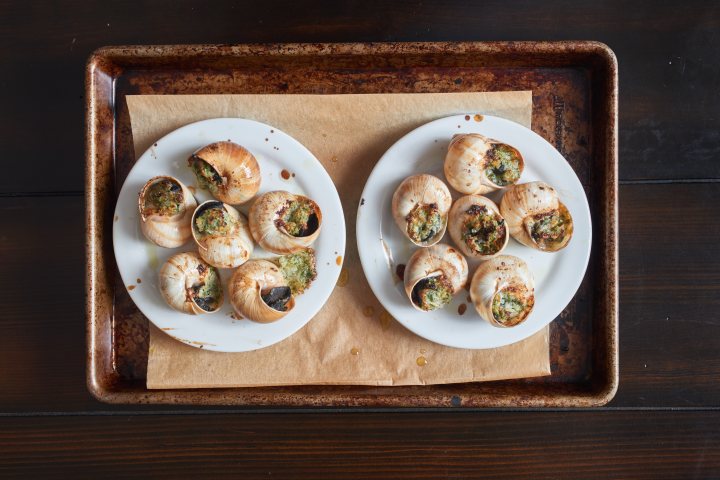 Her menus not only challenge students but evoke the imagination and wake up the palette to new experiences and ideas.

And this tendency to evoke feelings of being somewhere far, far away, somewhere dreamy, decadent and just a bit rustic, seems to be Chef Liliana’s signature style. Liliana believes that food is more than something we eat: it’s art, and the plate is our canvas. This transformation of the mundane to the extraordinary is life-affirming. Sometimes, the most imaginative and transporting dishes come from our very own kitchens, and something about that feels truly magical. Learn more about Chef Liliana and her culinary classes by following her on Facebook, at L’atelier de la Chef or on her website, latelierdelachef.com. Liliana offers a wide range of in-home private culinary classes, where students can learn a number of specialties, such as European cuisine, or take a three-week series on healthy cooking.

This site uses Akismet to reduce spam. Learn how your comment data is processed.

Ok, @benchwarmersbagels , I see u 🥯as a snobby New Yorker, I am very wary of bagels outside of my zone of acceptance. But DAMN. Sesame bagel with smoked lox schmear, pickled carrots, potato chips and roe. Plus an incredible iced oat cortado. All the yes, I approve.
August on a plate. Flank steak with caramelized summer squash. Parsley/spinach pesto. Not pictured is a panzanella salad with butter lettuce, juicy heirloom tomatoes, and sourdough croutons topped with a bit of sumac. This whole meal was a salvage of market veggies past plus a nicely priced cut of meat. Cooking like this makes me feel connected, whole, and very satisfied.
🍉 Throwing it back to one of my greatest artistic/culinary feats - coconut watermelon sorbet on the rind (feat. dark chocolate chips as seeds) - this wasn’t a perfect recipe by any means but it was SO satisfying creating this finished product and getting to play in the kitchen. That’s what it’s all about for me! 🍉 what other frankenfoods do you want me to create? I’m craving a challenge 💃🏻
Today’s morning magic, brought to you by @eatmooresproduce 🌶 💡 ✨
@every_last_bite I finally made it to @boultedbread and my god, am i so happy. Since leaving Rochester I’ve been in search of a pastry that can fill the croissant sized hole that @flourcitybread left in my heart. Please drool over the gorgeous lamination on this everything croissant - I can’t wait to try every single thing on this menu. (PS peep that ham and cheese bialy in the background - equally delicious)
Favorite donuts in Raleigh? Hands down, @heirloombrewshop mochi donuts. They also happen to be my favorite coffee shop downtown - check em out and stay a while (you won’t want to leave). . . Raleigh-ites! (Is that a word? Does it matter?) tell me your fave places to eat 🍩!
%d bloggers like this: